6 Important Factors That
Impact The Effectiveness
Of Your Billboard Advertising

6 Important Factors That Impact The Effectiveness Of Your Billboard Advertising 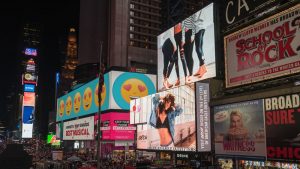 We all know that billboards have formed a major part of advertising for more than a century now. But how do you maximise the impact of your outdoor advertising and prevent your potential customers of becoming bored? There are some important factors that influence how effective you billboard advertising is, and if you follow certain guidelines, you can vastly improve the take-up of your advertising by people who see it.

There are many other factors that may affect your display power when using outdoor advertising. Give our team at Face First Media a call to find out more about how we can help you to boost your outdoor display power with clever design and modern billboards!