Is Billboard Advertising Really
Worth It for Your Business? 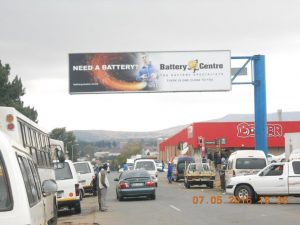 If you are looking for highly effective ways of advertising for your business or embarking on an advertising campaign, you will need to decide which types of advertising media to use. Of course, your budget will also be a factor and you will have to spend it as wisely as possible. Outdoor advertising has always been popular, and it comes in a variety of forms – there are flags, gazebos, banners, and posters. But the medium that most people are familiar with is billboard advertising. While billboards are popular and familiar, marketing managers or business owners do tend to wonder if they are as effective as they seem.

Of course, the answer will depend on the objectives and budget of the advertising campaign. Billboards are typically a lot cheaper than television or print advertising, but they are localised and tend to be better at creating brand awareness or showing a promotion or a location nearby. They can be used to target a specific demographic, for instance, if you have a restaurant in Pretoria, there is no point in spending valuable revenue in advertising to people in Durban via the television. Billboards in the vicinity of the general area of the restaurant are much more likely to draw a crowd and to create awareness that the restaurant exists.

To demonstrate how effective billboards really are, we refer to the Arbitron National Study conducted in 2009 for the latest statistics. This study shows that:

The effectiveness of the billboard also depends on the location and the design. If either of these is wrong, it will greatly influence or reduce the impact of your outdoor advertising campaign. Therefore, it is so important to get professionals involved when you are considering advertising by a billboard. Your design must be impeccable, and the location must be correctly targeted in the correct area. Of course, the cost of the advertising campaign will vary according to size and location, but overall, if your main objective is to create brand awareness, you get a lot of bang for your buck!