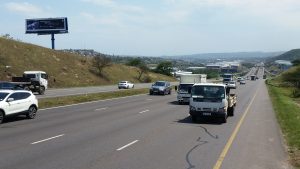 Out-of-home (OOH) or outdoor advertising is set to overtake newspaper ad sales in 2020.

This is according to GroupM data seen by the Financial Times. According to data, this segment accounts for about 6.5 per cent of the $600bn global advertising market.

According to a new report by the technology research and advisory company Technavio the global outdoor advertising market is poised to grow by $8.26 billion during 2019-2023.

“Growing penetration of LED mobile billboards has been instrumental in driving the growth of the market. However, the growing popularity of digital ads on mobiles might hamper market growth,” the report found.

According to the latest research study released by HTF MI, the growth of the market can also be attributed to the expansion of infrastructure used, growth in the digital medium, and advances in the technology used.

Advertising in newspapers has traditionally been more expensive than other traditional media such as billboards. Each, however, has its strengths and weaknesses, pros and cons, and benefits.

Newspaper ads are very targeted seeing that they are distributed to a certain geographical area and also target specific demographic and psychographic segments. Newspapers are seen as a trustworthy type of marketing and also offer a variety of different advertising options and many newspapers now also have a digital extension such as a website or social media which offer more advertising options.

There has however been a steady decline of newspaper readerships year on year. Newspapers also have a short shelf life and a limited audience and can be weak for branding.

OOH has also become a trustworthy type of marketing. One of the main advantages of OOH is visibility, reach and frequency. Competitive pricing and the non-intrusive nature of billboards make it a very popular advertising type.

OOH advertising can also become expensive seeing that if often requires buying space in more than one location and for a minimum amount of time. OOH advertising also comes with obvious distractions such as driving and competition such as radio ads.

The audience also only has a short period to consume the marketing message. OOH advertising, however, remains a very powerful advertising tool despite some drawbacks.