The Benefits Of Bulletin Billboards 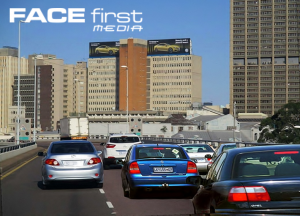 You are probably already familiar with the use of billboards, but bulletin billboards may be an unfamiliar term to you. Bulletin billboards are the largest types of billboards used for advertising and display. They are typically found next to busy roadways and highways, and their size makes them easy to read from different distances and angles. The location and placement of the billboard are also vital to maximise visibility.

The first bulletin (or large-format billboard) was created in 1835 in the USA to advertise the arrival of a circus. The visibility that it created was so successful that bulletin billboards became quite commonly used practically anywhere around the world by the late 1860s. Until then, there were no standard sizes when it came to billboards, and advertisers leased and sized billboards according to the client specifications. Later they realised that it is a lot easier and cheaper to build standard sized frames and to display posters sized to these frameworks, instead of creating new posters and frameworks for every billboard.

One of the fun things that can create extra impact when using bulletin billboards is that an image can be extended over the top of the board. This means that the image, for instance, the front end of an aeroplane going upwards, can stick out above the billboard to make look as if it is taking off. These extensions usually must be built by hand, however, and there are limits in terms of the sizes one can use. They are usually expensive to put together, but they create highly effective visual displays.

The benefits that bulletin billboards offer include the following:

For more information about bulletin billboards or outdoor advertising, contact our team at Face First Media!