The Lasting Impact of OOH 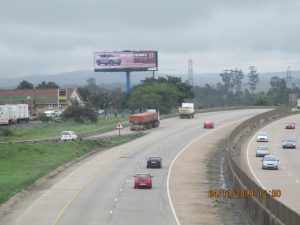 Out-of-home advertising (OOH) has seen exponential growth in the past decade whereas other traditional media have seen significant declines.

The growth in OOH has been largely attributed to people spending more time outdoors and the fact that OOH can’t be switched off. OOH has a physical presence and unlike TV, radio and even new technologies such as social media can’t be switched off or blocked. OOH has also evolved and kept up with the times with the rise of digital out-of-home advertising (DOOH).

OOH advertising’s ability to be used in conjunction with other advertising means it can amplify a marketing campaign which in turn will extend the reach of the campaign and help drive consumers to engage with a brand.

OOH remains more relevant than ever due to its ability to evolve and thanks to innovation. OOH, and DOOH has due to many technological advances stayed relevant and constitute an important part of the advertising mix.

OOH ad campaigns have become unmissable thanks to a burst of creativity and out-of-the-box ideas. Advertisers are using storytelling to connect to consumers and to deliver impactful messages. Technological advances have made it possible for OOH to become interactive, entertaining and relevant. Seeing the same billboard or another form of OOH advertising day after day means that a consumer is becoming familiar with a brand and is likely to choose this brand amongst others not seen or heard of before.

A lot of research has been done regarding psychology and advertising. This tends to explain why some advertisements work and others don’t. In advertising psychological techniques are used to entice audiences to buy a product or service or to feel a certain way about a certain brand.

With regards to OOH studies have found that people consciously process featured messaging when they look at billboards. It has also been found that a large percentage of people do pay attention to billboards they pass. People who do not actively notice an advertisement in their surroundings, do so unconsciously.

OOH advertising cannot be closed or blocked like other forms of advertising and OOH has thus become one of the few advertising mediums that can reach consumers where other media channels fail.