Billboards Are Here To Stay 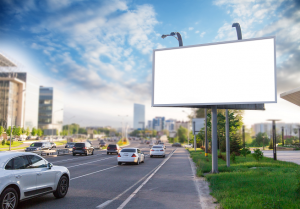 Billboards Are Here To Stay

Traditional outdoor advertising is thriving by adapting to the times by staying effective, relevant and desirable.

Other traditional advertising mediums are floundering in the digital age and although ten years ago billboards were seen as outdated and irrelevant it is now seen as the rising star of traditional media.

Billboards fall under the larger category of “out of home” (OOH) ads. These types of ads have seen phenomenal growth and an increase in ad spend. The proof comes in the form of data from several countries.

The Proof Is In The Stats

A study by Nielsen found that OOH delivers more online activity per ad dollar spent than any other traditional media. New figures in released in March 2019 show that the revenue of out of home advertising in America rose 4.5 per cent in 2018 compared to the previous year, accounting for $8 billion.

According to the Out of Home Advertising Association of America (OAAA), the revenue total marks a record high for OOH, with 35 consecutive quarters of growth.

Another interesting aspect is that technology giants have become big users of the OOH medium. According to the OAAA the top 15 advertisers in 2018, ranked in order of OOH spending, include Apple, Netflix, Google, Amazon and Facebook.

Of the top 100 OOH advertisers in 2018, one-quarter were from the technology sector, according to the OAAA. According to reports, there are more than 370 000 billboards across the US that are in active operation and with thousands added each year.

“OOH is as relevant as ever because it offers high impact and amplifies all other media investments, including today’s largest ad channel – digital,” said Stephen Freitas, OAAA chief marketing officer.

There are many reasons why outdoor advertising is thriving. It seems people are spending more time outside the home and billboards have become part of consumers’ daily lives.

Traditional outdoor advertising does not face the same pressure from technology as other forms of advertising with technology rather being an ally thanks to digital footprints. Billboards also don’t have to worry about ad-skipping or ad blocking as they still have the power to grab attention.

A smart billboard campaign will most likely go online after getting snapped by smartphone cameras and shared on social networks or lead to debate if thought-provoking.