The Future of Billboard Marketing 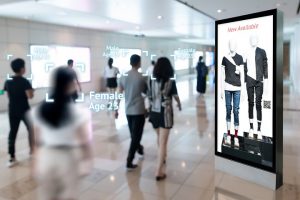 we are all familiar with traditional advertising because we see them virtually every day, most companies and billboard businesses are well aware of the cost-effective value they bring to any advertising and marketing strategy. One of the building blocks of marketing and advertising is to bring attention to a wide audience in order to increase the visibility of the brand, and therefore more people are aware of the brand, product or service, and more people will invest in it.

The science of advertising via billboard has increased and improved vastly, and it is not aimed at targeting specific audiences to make them more effective. In addition to this, the introduction of digital formats has increased the advertising capability of most billboards around the globe. Creative, animated data can now be used to interest a wide variety of audiences, and a variety of audiences can be interested in ever moving displays that can change according to the need of the advertiser. While a static billboard can only display one image for a long period of time, digital technology now allows for a variety of messages to be displayed in order, or different messages from different companies to be displayed to a targeted audience. Messaging can be targeted to capture the attention of the right brands at exactly the right times. For instance, different messages can be displayed when a university finishes for the day – this will draw the audience of young, hip clothing companies. But once the university students have disappeared and two hours later the older people start commuting back from work, different messages can be displayed that targets that demographic. It can also display interactive campaigns that can bring together messages sent from smartphones and social media. This is called OOH advertising (out-of-home advertising) and it is gaining huge traction in the current and future use of digital billboard advertising.

The latest billboard technology includes outdoor augmented reality (AR) advertising. This type of billboard display can deliver content that enhances user experiences and allows a wider variety of billboard locations as it can be used in places that would be impossible for traditional billboards to be erected. PoV (Point of View) display is included in this new technology.

In futuristic movies, we see digital displays that are shown in the abstract. The PoV display is still a rather strange concept. It is almost like when the eye looks at a bright light, and when looking away perceives a certain image for a few seconds. This imprints images on the user’s eye and mind – but only for a very short while and very safely.

Because the PoV display is still in its infancy, it will be some time before it is introduced to the market. Significant testing on its effectiveness must still be conducted. All we know at this stage is that when correctly applied, it can be used virtually anywhere, and the landscape of billboard real-estate will change forever.